ARE YOUR NEW YEAR’S RESOLUTIONS REALISTIC? LESSONS FROM THE PLANNING FALLACY 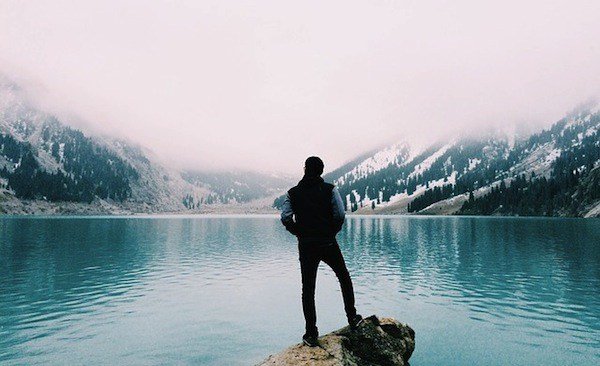 When it comes to understanding why 40% of New Year’s resolvers never stick to their pledges, most blame lack of willpower or withering motivation. Many tune in to Dr. Phil or search the self-help section of their local bookstore for answers. The problem may not be a lack of determination but a lack of realism

In 1989 a 1.7 billion dollar budget was approved for the construction of an airport to replace Denver’s overcrowded and aging Stapleton Airport. The proposal called for a massive 120-gate airport that was capable of handling expansions for the next 100 years. Year after year, however, the budget expanded existing projects and added new ones, ultimately spawning 5 billion dollars of bills and only 89 gates in the facility.

Much of the problem involved planning projects as if the future would look exactly like the present. Increased labor costs and greater complications in erecting the ornate designs that characterized Denver International Airport were just the beginning. Another problem resulted from planning costs based on ideal conditions with few complications. One such misstep was the nearly $500-million-dollar automated baggage handling system, which never operated properly, required miles of tunnels underneath the airport to transport luggage, and costs millions in maintenance every month. Ironically, the “most advanced” luggage system in the world was quietly decommissioned in 2005. The problem of a poorly planned budget is not unique to the Denver Airport, however. Budget overages are common in construction of public railways, bridges, and the infamous Big Dig of Boston, the underground highway tunnel that went billions over budget.

The lesson from these projects is that reality often fails to conform to our expectations in both obvious and surprising ways. The prevalence of idealistic projections in government, business, and personal projects inspired psychologists Daniel Kahneman, a Nobel Prize winner in economics, and the late Amos Tversky to coin the term planning fallacy. We commit this fallacy when we make optimistic predictions, especially when experience tells us they are unrealistic. Being optimistic when you have little past experiences, such as first-time parents’ unrealistic expectations of continuing their normal sleep or exercise routine, would not be a fallacy because of the lack of experience. But continually underestimating a budget year after year, as did Denver International Airport’s planning committee, certainly qualifies as failing to learn from experience.

Like poorly planned public works, failed New Year’s resolutions may be the result of thinking about our goals in simplistic ways. According to Kahneman in his book, Thinking, Fast and Slow, we often plan projects from an inside view, that is, we anticipate problems that are obvious, consistent with our perspective on the problem, and foreseeable. According to the inside view, we are likely to set a weight loss goal by thinking about challenges that are related to weight loss: finding time to work out or eating healthier food. Less often do we anticipate challenges that have little to do with weight loss but nonetheless affect it: catching the flu, being asked to work overtime, marital problems, and the list goes on.

Kahneman isn’t an optimist about eliminating the planning fallacy but thinks it can be mitigated to some extent. If your goal is to save more money, a longtime favorite New Year’s resolution identified by Marist College polls, consider challenges unrelated to everyday purchases that could affect your spending: unusual car and home repairs, increased gas prices, and smaller than expected tax return. Also find an appropriate comparison for your goal. For saving money, this is your typical spending in a week. For weight loss, it is the average daily calories consumed or your average daily physical activity. If you’re goal is a completely new behavior, like learning how to ballroom dance, then you can’t track your own behaviors but you can talk to others about how many lessons it takes to learn the basics. Once you have a starting point, adjust your goal based on progress and setbacks.