Don’t Let Your Panic Define You! 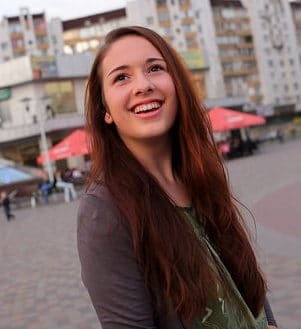 Mental health problems are now more accepted than at any other point in history, but that reality has both an upside and a downside. Diagnosis can be liberating but it can also severely limit us if we let the diagnosis define us instead of describe us.

The Benefits of Diagnosis

First, let me say that recognizing you’re suffering mental health problem can be an incredibly liberating thing. I work with many people who suffer from debilitating panic attacks. Most of them come to me after having gone to countless physicians who have run countless medical exams and found nothing physically wrong. Before being diagnosed with panic attacks, many of these individuals were afraid that their racing heart and shortness of breath was a sign of an impending heart attack. At one time or another, most of these individuals visited an ER to be urgently evaluated.

The diagnosis provides an explanation and helps to clear up the confusion and fear surrounding panic. The label of panic frees the individual to understand and now deal with the problem. It’s a great thing.

I have seen the same liberating effects of diagnosis with veterans suffering from combat PTSD. Before they are diagnosed, many of their spouses (and the veterans themselves) are frustrated that they avoid public places. If they go to a restaurant, it has to be early when the crowds are small; they have to sit in the corner; and they have to face the entrance. Spouses, family, and even the vets themselves, don’t understand the lingering effects of deployment to a combat zone and survival instincts ingrained from exposure to life and death situations.

The Harms of Diagnosis

When I say that the label shouldn’t define you, I’m not talking about the kind of understanding and insight gained from the previous examples. What I’m talking about is when we let a diagnosis define how we think about ourselves and our possibilities.

I see this often in my work. Patients sometimes tell me “There’s no way I can do that because my panic is too bad” or “I’m just bipolar.” What concerns me is when these statements are made as if that is the beginning and the end of the discussion. Case closed. I have bipolar disorder or depression so Jason I can never do this or that. Not true.

I agree that a person with agoraphobia will probably have a terrible experience if I says she should just “get out more and force yourself to do things.” But if someone says, “I have agoraphobia and I’ll never hold down a job again,” then they may be overidentifying with their diagnosis.

Doctors are also guilty of over relying on diagnoses. The worst case of prejudgment comes with borderline personality disorder. With those three words, many mental health professionals will sudden paint a detailed and complete picture of a patient they have never seen. But you should be heartened to know that there are many providers who are not like this.

A mental health diagnosis, by definition, means you have limits and challenges, but at the same time, it doesn’t describe your potential, your worth, and your abilities. Every day we learn about people who defy their diagnoses. For example, John Nash, subject of the movie A Beautiful Mind, was diagnosed with schizophrenia but won a Nobel Prize.

Why Disorders Don’t Describe Us Well

The problem is that disorders are a very narrow and often crude description of what a person actually experiences. Let’s take social anxiety, for example.  According to the DSM-5 (the most popular guide of mental health problems) social anxiety is

“a persistent fear of one or more social or performance situations in which the person is exposed to unfamiliar people or to possible scrutiny by others. The individual fears that he or she will act in a way (or show anxiety symptoms) that will be embarrassing and humiliating.” (That’s not the whole definition but to be brief, let’s just look at that this piece).

This definition, just like all definitions, doesn’t say anything about what the person is capable of, only what they fear or are incapable of. It doesn’t say that many people with social anxiety do face their fears and can live productive and meaningful lives even though they have symptoms. It doesn’t say that many well-accomplished people suffer from anxiety. Barbara Streisand is well-known for having severe anxiety before public performance or John Mayer once admitted to having anxiety and panic.

The definition also doesn’t explain that sometimes we have some damn good reasons for being this way, like histories of abuse, exposure to combat, lack of positive role models, cultural norms about unrealistic standards for women’s appearance, and so on . . .

Sometimes, feeling depressed makes more sense than being happy. Consider that the most recent edition of the DSM-5 says that if you’re symptoms of grief are severe enough after two weeks, you can be diagnosed with major depressive disorder. In what world, does someone who just lost a child or a spouse and suffers crying spells, questions the point of life, and is stricken with unimaginable sadness suffering from a disorder? Yet, if you let the disorder define you, you might then think that something is wrong with you for feeling this way after losing a loved one. Maybe if you feel this way 2 years after the loss then something needs to be done, but that is what disorders miss – context.

Disorders Are Only Labels

The problem I’m talking about is not diagnosis itself but when a disorder defines you in total. It’s when you say, “I have panic disorder” or “I’m schizophrenic” and that’s the end of the discussion. Yes, you have those things but they don’t have you. A diagnosis can only describe you but never define you.

Photo by be creator

PrevPreviousOvercoming Procrastination In Any Situation
NextAre You Obsessed With Happiness?Next