IS THE NEWS DEPRESSING YOU? 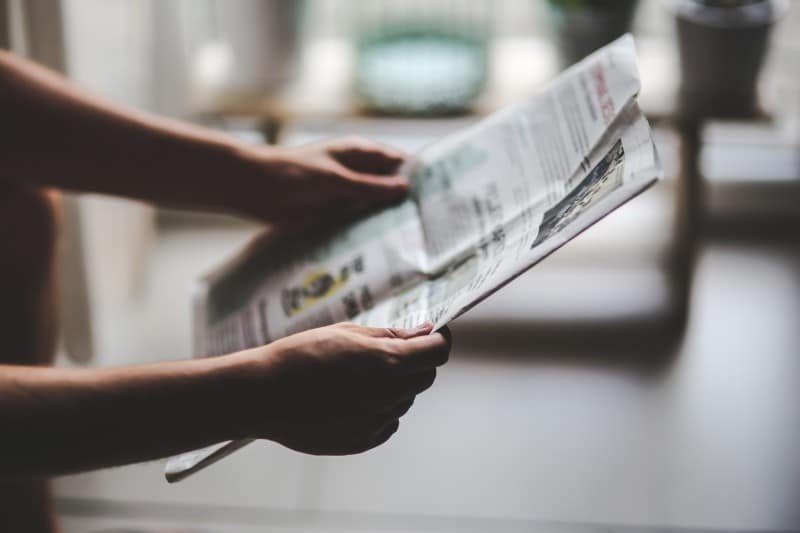 Should I stop watching the news? It’s a question that many patients have asked me. I used to say “no” without hesitation but now I’m recanting my advice and advising people to limit the amount of news they watch. Let’s be clear: the real question is not whether you should watch, read, or listen to the news but how much news you should consume.

Why I Limit my News Exposure

Earlier this year, I decided to limit my news exposure. I found my day starting off on the wrong foot after listening to a story about mudslides that crushed unwitting campers or the growing foothold of ISIS in the Middle East. I also found the same negative stories rearing their ugly little heads over and over, just in different guises –preliminary facts about a mass shooting, interviews with witnesses, psychologists analysis of the shooter’s personality, debates about gun legislation, and so on. (For a more articulate and entertaining account of the media frenzy around mass shooting read Stephen King’s On Guns ). I don’t think my reaction is unique but what does research say on this reaction and why is the news so negative these days?

What’s the News got to do with Mental Health?

There are some reasons to consider whether your news consumption affects your mood.

There are hundreds of studies on the effects of television viewing of any kind (TV shows, news, cartoons, etc.) on violence, mental health, body image in children and adults, but there are far fewer studies on the specific effects on viewing of the news on mental health. After 9-11, several studies found that watching media coverage of the attacks, especially for children, was associated with increased PTSD-like symptoms. Here is a link to one of the most well-conducted studies (PTSD Study). Another study found that college students who watched more news tended to report more symptoms of depression (Study of mood and the news viewing). But these studies surveyed people about their mood and news viewing habits. We can’t tell whether watching the news makes you depressed/anxious or depressed/anxious people just seek out the news when they feel bad.

But there are experiments to answer this riddle. A study by Wendy Johnston and Graham Davey (conducted at University of Sussex), published in the British Journal of Psychology (Experiment of news viewing and mood) found that the type of news you watch affects your mood. Instead of just relying on surveys about people’s recollections, the authors had participants view one of three short news segments with different slants: positive, neutral, or negative. Anxiety and sadness were assessed before watching the segment and after. The participants who viewed the negative news felt a little more anxious and a lot sadder afterwards, while the participants who viewed the other segments didn’t report any statistically significant changes in mood. (The sample was really small, so bet listening to positive news would probably boost one’s mood).

On top of the changes in mood, participants who viewed the negative news segments were more likely to report worrying about an everyday problem to a greater extent than those in the other conditions. In other words, participants worried about everyday problems and not about problems reported in the news segment they watched. This suggests that watching negative news could make you worry about your own life more, not just about what is reported in the news.

Another study described in an article at the Harvard Business Review (Study of news viewing and mood at work) looked at the impact of news on mood at work. When participants watched a three-minute negative news segment, they were 27% more likely to report that they were less happy at the end of a workday (compared to those who watched another type of news segment). Although neither study is of the most rigorous design or largest sample, both suggest that watching negative news is, not surprisingly, depressing.

Don’t You Want to Face Reality?

When I hear about a mass shooting or a deadly car accident that obviously makes me less cheery. Unless you’re some kind of Hannibal Lecter type, you probably feel the same way. But should you let the drive to feel happy trump your awareness of the world? Barabara Ehrenreich in her book, Blind-Sided: How the Relentless Promotion of Positive Thinking has Undermined America (Bright Sided), argues that we’ve been sold a bill of good by those looking to cash in on the positive psychology/positive thinking movement. Think positively! But, she argues, we are sticking our heads in the sand because it’s more comfortable and less upsetting. Such a strategy, she argues, is not only weak minded; it deprives of us of life’s most valuable information.

Why shouldn’t you be an informed citizen, sadder but wiser? Some of the most significant changes in society have come from horrific news exposés: The Jungle by Upton Sinclair, graphic photographs of Auschwitz, Seymour Hersch exposé of the My Lai massacre during the Vietnam war, the genocide in Rwanda . . . Want to feel good all the time? Ignore calls to social injustice, exposés of abuse, and witnesses to tyranny. Some of the most valuable information is negative.

How Accurate is the News Anyway?

On the other hand, the news doesn’t always present an accurate picture of reality. The coverage given to negative events is so out of proportion to their occurrence in that it gives a false sense of risk, especially the fear that these things will happen to us. Recently, the news has implied that were a sneeze away from an Ebola outbreak or we’ll be flooded with terrorists unless we stop immigration from Middle East. But publishers know this. Many studies show that negative information is more memorable than positive information.

But then again maybe most providers (or more accurately sellers) of information are also guilty of this exaggeration. Personal development blogs warn you of the five major causes of depression, as if the solution to depression can be distilled a handful of causes. I’m not free from this criticism myself. I have striven to make the content of this site enticing and compelling, (I hope not alarming though) and to that end I might be inflating the impact of the topics I discuss. I have tried to present both sides of this issue and offer perspective to the topics I cover.

In this day, the news is always likely to slant toward the depressing. The mission of the news isn’t to represent events around the world. Mass shootings, airplane crashes, are only a one-in-a-million events. And fear seems to be a better seller than happiness. Dan Gardner, in his book The Science of Fears: How the Culture of Fear Manipulates Your Brain (Science Fear) reasons that we are biologically wired to value and over-emphasize information related to threats. The job of the news is to draw attention to anomalies, rarities, and freakish occurrences. The news informs in a specific way – that way is not a balanced view of the world. And from this perspective, I have no problem deciding to turn off the news.

Consider the missing Malaysian flight 370, the flight that mysteriously disappeared somewhere near the South China Sea, in March of 2014. The story broke into nearly every major news outlet in the US and around the world. A new level of fear arose about the safety of flying. Could hundreds of people just up and vanish after takeoff. Yet, the Bureau of Aircraft Accidents Archives, which tracks flight accidents, reported that 2014 had least number of plane crashes in the last 80 years. (See this CNN news story). To say that the news sensationalizes is beyond debate. The tradition was alive and well over a 100 years ago when American newspapers, arguing for war with Spain, published exaggerated accounts of an oppressive and morally bankrupt Spanish regime terrorizing Cuba.

Should we be talking about plane crashes at all? I decided to do a little research about the dangers of the world. I looked up the first thing that came to mind as a common danger that gets little press – lawn mowers. A paper published in the Journal of Pediatric Orthopaedics in 2012 found that teens and children alone are taken for medical attention for injuries related to lawn mowers each year (Article on pediatric lawnmower injuries). Your garage is far more dangerous than the friendly skies.

For some people, the news doesn’t get them down. These people take the information and are able to move on with life. This advice isn’t aimed at you and you should consume the news to your heart’s content.

Be strategic about when you listen to the news. If you’re in a dark place, hold off on the news. If you’re have a stressful or challenging day at work, listen or read the news after you go home. If you find yourself feel more and more anxious, alienated, or withdrawing from the world weigh the costs and benefits of how much news you consume. Set a certain amount of time or check into the news periodically throughout the week.

Shut it off. If you’re particular seriously depressed, anxious, or overwhelmed, it’s OK to shut off the news altogether.

Remember it’s only one selective view of the world. Keep in mind that the news is a selective picture of the world, what editors and executives have decided is worthy of attention and what sells. Put the information you see into context. How often do these events happen in everyday life? How rare is this event? Out of the millions of people in your region, what percentage are affected by this? Are the topics more likely to stick out in your mind because they conjure fear, terror, or death?

Take a Break if you Need it. Just shut it off if you’re not in the mood for it.

There’s Nothing Wrong with Hearing Bad News. On the other hand, there’s no reason you can’t listen to the news, even if you get really pissed off, angry, nervous, or depressed. That’s your right and sometimes the information is more important than keeping a pristine state of euthymia. Recognize that the news is just not the place to go to pick yourself up. But accept the idea that you’re inevitably going to hear about a tragedy, a horror, or disturbing event

Sometimes it’s Good to Confront a Fear. If you’ve been avoiding hearing anything negative and living in an information bubble, you may want to start listening to the news more often. This is a technique that I sometimes used with combat vets with PTSD. They have shut off the world and the news is just a trigger of traumatic memories. I have even encouraged some vets to listen to the news as an exposure exercise, that is, an exercise to confront their fears. It’s tough but worthwhile.

PrevPreviousARE YOUR NEW YEAR’S RESOLUTIONS REALISTIC? LESSONS FROM THE PLANNING FALLACY
NextWHAT YOU NEED TO KNOW ABOUT DIETS: A PSYCHOLOGIST’S PERSPECTIVENext