Why It’s Hard To Know What Makes You Happy? 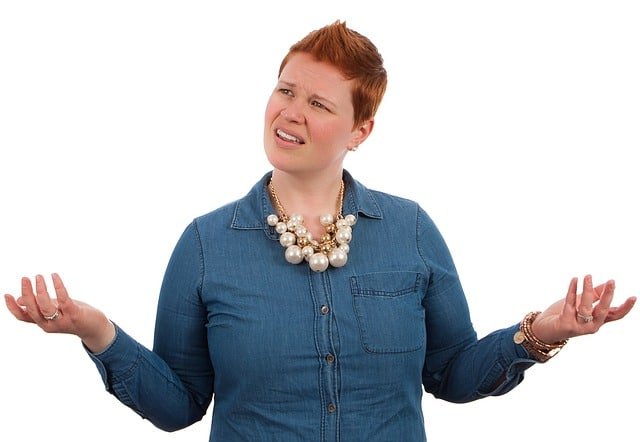 In a previous post, I talked about how easy it is to fall into the trap of chasing happiness and the ways American culture promotes this addiction. Another reason that people chase after happiness is that we are pretty bad at knowing what makes us happy. Don’t take my word for it. Read on and learn what one Nobel Laureate has to say on the topic.

Would Have A Larger House Make You Happy?

I listened to a podcast about online business recently and the host was interviewing a couple who went from owning a tiny home to a 30-acre ranch with a private lake. The couple talked about their new life and how fulfilling it was to sip a cup of coffee in the dining room and watch the wildlife frolicking in the water on their property.

If a genie were to offer me the lifestyle of this couple or my life now except I’d be happier, I would take option one. I’d be an idiot not to, right? I’d have a multi-million-dollar home and I’d be happier because of it. I know I’m not alone in thinking this. The idea that a beautiful home would make us happier is the theme behind dozens of home improvement magazines and the entire HGTV network.

Would Moving To A Better Climate Make You Happy?

OK, so you’re not so vain to lust after a bigger home. But what about something more logical, like moving to a better climate? No one could argue with that. My family lives in Iowa and I’m 100% into moving somewhere warmer, like Seattle or Hawaii. Have you ever felt that a move would lift your spirits too?

Researchers have investigated this very question. Daniel Kahneman, a psychologist who won a Nobel Prize in economics, studied whether people in “better climates” are happier. He and David Schkade studied the life satisfaction of large samples of college students in California, Ohio, and Michigan. What they found defies our common sense. There was no difference in life satisfaction between people who lived in California vs. the Midwest. This was true even though the Californians said they enjoyed their climate more and the Midwesterners deplore theirs.

Why is that we are often mistaken about how much the weather will impact our happiness? Kahneman explains that we give far too much emphasis to how much a single thing impacts our happiness. This is called the focusing illusion, that is, the bias of giving too much importance to one aspect of a process. There are so many other aspects to happiness than weather, such as, whether you can find a good job, the conditions of your workplace, affordable health insurance, reasonable cost of living, proximity to friends and family, your health and the health of your family members, chronic traffic jams, crime, and so on.

The focusing illusion comes into play when we think about what would make us happy. Now most people don’t sit around thinking, what makes me happy? However, there are times when we are given the answer to this question, whether we ask it or not. Popular media, especially commercials, tries to tell us what will make us happy. Seriously, have you seen how psychotically happy women seem using cleaning products in commercials? I’ve never danced while mopping my floor but the Swiffer seems to give the people who use it in commercials orgasmic joy.

Would More Money Make You Happier?

First off, don’t be sanctimonious and say, “I’m not that kind of person. Money means nothing to me.” OK, let’s say you tripled your salary next year. Don’t you think you would be happier? If you said, “yes,” (I would have said “yes) then you think money does correlate at least to some extent with happiness. I’ll refer to research by Daniel Kahneman, destroyer of dreams, to challenge that assumption.

In his article on money and happiness, Kahneman explains that happiness and income do correlate but the correlation is largely due to moving up from very low incomes to middle class incomes. When you move from $20,000 per year (where you’re living paycheck to paycheck) to $70,000 (where you have stability and a bit of an economic cushion) happiness does increase. However, moving from to the $70,000 to $700,000 doesn’t make much of a difference. But people in his studies said that more money would make them happier.

If you want a real-life example of the money-happiness illusion watch the movie Queen of Versailles. It’s on Netflix. It’s a documentary about one of the richest real-estate moguls in the world and his quest to build the large mansion in the United States. What you see is not a family reveling in the joys of their wealth but a controlling husband too wrapped up in the pursuit of his business to appreciate his family and a wife who fends off boredom and loneliness with endless purchases. If you want to look down on the ultra-rich, it’s a great film.

Do We Take Things For Granted?

Although the focusing illusion may trick us into thinking that something will make us happy, I do think there are changes that will boost mood. Getting a raise, buying a new vehicle, moving to a new area, earning a college degree, buying a totally loaded computer. Any of these things can be like a shot of adrenaline to our spirits.

But over time, and maybe not that much time, we become accustomed to these things. We take them for granted, expect them, and are disappointed if we go back to our old circumstances. If you move to California from Iowa, you might be happier for the first few months or even the first year, but eventually you’ll expect clear skies, calm breezes, and lots of sunshine. When these conditions aren’t there, you’ll feel disappointed, cheated, and upset.

If we could only renew our perspective every day, we’d never lose sight of how our current circumstances are so much better than our previous ones. Oh well!

Is There Something That Will Make You Happy?

What will happen is that once we obtain that thing we will feel a moment of joy and then it flees us and we have to find something else to fill the void. Happiness isn’t a thing but a process. And there is lots of research that shows that some people are just happier than others. Is it because of what they have? No! It’s because of who they are and how they approach life.

Let’s take the example of weight loss as a source of happiness. Will finally fitting in size 6 pants make you happy? No, because the focusing illusion tells us you’ll far overestimate how much that will contribute to your feelings. I suspect that if you’re focus was the weight loss and you gain no satisfaction in the process of losing weight, then the weight loss would only bring momentary satisfaction.

But if you found enjoyment in working out, in sweating it up every session, in overcoming the challenges that would keep you in front of the couch watching TV, then you are probably a happy person.

Just remember because of the focusing illusion we’re terrible at knowing what will make us happy. Why not sidestep the whole issue and stop asking what will make me happy and start asking how can I be happy with who I am and what I have now. If you can do that, then maybe you will be able to find true happiness.

PrevPreviousAre You Obsessed With Happiness?
NextCan You Give Up One Of Your Happiness Musts?Next