Will Finding A New Job Make You More Satisfied? 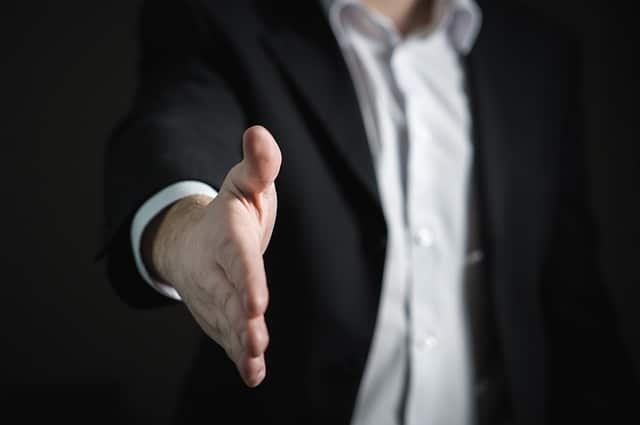 Like the idea of a soulmate, most people believe there is a dream job, one that would make them so much happier. I believed in that idea too, at least until I read research that told me I was completely wrong. If you think a new job will cure your work woes, you better read the rest of this post.

The Myth Of The Perfect Job

Just listen to any of the advertisements about starting a business or becoming an entrepreneur and you’ll inevitable here this sales pitch. I was unhappy with my life and couldn’t do the things I want to do. Now, I’m my own boss and I couldn’t be happier and I have ridiculous wealth. Whether it’s being your own boss or finding better working conditions, we are constantly sold on the idea that there is a perfect job just waiting for us. This all make sense in theory but when it comes to happiness, the research has something different to say.

A study by Wendy Boswell and colleagues found a new job doesn’t necessarily lead to lasting job happiness. She followed several thousand high level managers in corporations over a 5-year period. People often left their jobs when their satisfaction with work dropped. That was no surprise and it’s a common sense.

What was surprising was what happened next. When they got to their next job, satisfaction shot up but over the next year, it started to drop. It could even drop back to where it was in the previous job.

Why Doesn’t A New Job Lead To Lasting Happiness?

In her book, The Myths Of Happiness, Sonja Lyubomirksy argues that job satisfaction is eaten away by something called hedonic adaptation. Hedonic adaptation is our tendency to adapt to our circumstance and return to our emotional baseline. So something great happens to us and we eventually fall back to our average level of happiness (or sadness). This is one reason why lottery winners feel elated at first and eventually end up no happier than before their windfall.

According to Lyubomirsky, we adapt in two ways: first, we get less and less pleasure from the same experiences over time, whether it be increased salary, more enjoyable responsibilities, or a better job location; second, we begin to see our dream job as just the “new normal.” Now we just come to expect what we have. We’re not excited when we see our bigger paycheck. In fact, we raise our expectations so that happiness now means getting even more salary. There is evidence that even millionaires longer for more money.

I had a perfect example of hedonic adaptation when I moved 60 miles closer to my current job.  At first, it was a Godsend. It cutout over two and a half hours of driving every day. It meant I could do so many other things with my evening and eat dinner at a reasonable hour. But years later the thought of saving all that time, rarely crosses my mind. Given the number of hours I saved every year driving, you think I’d be grateful every day, but I’ve adapted to it.

A lot of blogs have cited hedonic adaptation as the sole reason for declining job satisfaction. I think that is a factor but there is something else at play here too. When we get a new job we don’t just suddenly leave one day. We think about it. We imagine what we want and how our current job just doesn’t meet our needs. Over time, we grow to hate even the most mundane things, the fact that we don’t have an office window, the annoy coworkers or boss, even the color of the bathrooms.

Next, we build expectations about the new job as we mentally and emotionally separate from our current one. But our new expectations are dreamed up in a vacuum of imagination and longing. When we take that new job, we have beaming and naïve optimism. Of course, we’re going to feel happier – at first. But just like marriage, people get rid of their old job and marry a new one, only to find that the new one wasn’t all they hoped for.

When they get to their new job, they start to realize that their new job isn’t all it was supposed to be. This is probably because we can’t anticipate all the nuances of the job until we are in it. Inevitably, there will be things we didn’t consider. Our new job may be better in some ways than our old job but worse in ways that we never anticipated. For example, maybe we love our new responsibilities in the non-profit world and our work is much more meaningful but then we are constantly under the gun to find funding, solicit donors, and write grants. (See my post on why it’s hard to know what will make you happy for more information about the challenge of predicting what will make us happy).

Should You Quit Your Job?

Is the research saying you shouldn’t quit your job? No, I see it as saying that you need to recognize a new job won’t cure your all your job woes. If you simply jump from one job to the next you may find yourself feeling disappointed again. I’m all for quitting a bad job. There are abusive bosses, unlivable wages, and poor working conditions. We need to keep in mind that the research I cited earlier studied mangers making about $135,000 (and that was back in the mid-1990s, so it would be way higher today). People who are making a lot less often do work in much more undesirable conditions that white collar workers never face.

With that said, I still think we need to seriously consider creating realistic expectations of our work. Research shows that people tend to have an average level of job satisfaction that is stable across positions. In other words, some people are chronically unhappy while others are chronically positive no matter what their job.

If you’re consider changing jobs remember the saying “Wherever you go, there you are.” Even though you found a new job, the more important question is have you found a new you? Because that’s what it might take for you to feel more satisfied in your new career. Here are some things to consider before sending out your resume.

Do you tend to get bored with things very easily? Are you seeking a new job because you’re just bored with your current job? Will a new job really solve that? You may need to either find a job that gives you a variety of activities or learn to tame this part of yourself?

Are you chronically unhappy with your work? Do you find that you always find faults in your job no matter what? If so, start recognizing that you’ll soon find faults when the glow of a new job wears off. Work on not always focusing on the negative of your work but finding something positive. Even if you leave your job, this is a mindset you need to have in any position.

In any job you are considering, what are new problems that you don’t face in your current position? Uncertain funding for projects, ability to control your schedule, so much freedom you’re practically working in isolation?

Have you tried to change your current job rather than find a new one? Have you asked for different responsibilities if you don’t like what you’re doing? Have tried to get to know more coworkers if you’re feeling isolated? Have asked for a salary increase if you don’t like what you’re getting paid? Can you work, part-time and then start your own business on the side rather than completely leaving your job right now?